“Love, Africa”, a recent book by New York Times correspondent Jeffrey Gettleman, is the story of Gettleman’s two loves: East Africa and his wife, Courtney. Gettleman does not love either perfectly, but he loves both persistently. Through candid confessions of his stumblings, Gettleman lets us know that East Africa is beautiful and deadly, and being married is fulfilling and challenging.

After they were married, Courtney served as Gettleman’s videographer. They travelled extensively, covering famines, uprisings, wars, and genocide. They were kidnapped and nearly killed on occasion. Through differences of opinion and near death experiences, they stayed together personally and professionally. Perhaps adversity played a role in cementing their commitment.
Danger, disagreements, deployments, disasters, and debt. All can cause rifts in even the strongest marriage. Sometimes adversity causes couples to consider another “d” word: divorce.
Author Lori Lowe wrote, First Kiss to Lasting Bliss: Hope & Inspiration for Your Marriage, which tells true stories about couples who overcame adversity and avoided divorce. Lowe suggests two keys to an enduring marriage: (1) Play as a team and (2) Look for Growth Opportunities.
The “play as a team” idea, I get. My wife and I have found we can navigate through tough times with more success and less in fighting if we pledge, in advance, to not second guess each other, and give each other the benefit of the doubt. Teamwork.
As for “growth opportunities” Lowe explains:
The stress we experience as a result of adversity—and how we respond to that stress—tends to predict how much we will benefit from it. The individuals who benefit and grow the most are NOT the ones who are able to avoid stress. Those who grow the most are the ones who may be shaken up, and then grow as a result.
https://marriagegems.com/tag/adversity-in-marriage/ 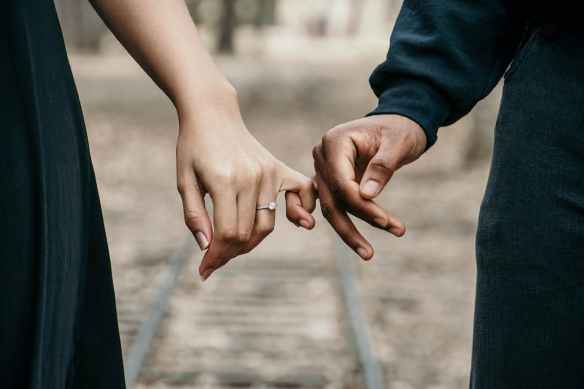 Isn’t that always the case? Adversity deepens character and strengthens marriages. But only if we team up and persevere.